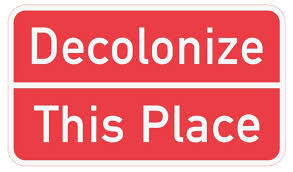 Going this route could have been, as Minister of Culture Olivia “Babsy” Grange actually states in the video, an opportunity to re-imagine the event and to embrace the use of new technologies. I was actually rather excited, hoping to see a well-produced and -presented video on key examples from the Institute’s storied collections, along with a new way of doing things. I was however sorely disappointed.

The programme is, ironically, very thin on the discussion of the collection items, which only take up about 16 1/2 minutes of what is a 58 3/4 minute video, and which varies significantly in quality and depth (the National Gallery’s discussion of the selected collection items, for instance, lasts only about one minute and, oddly, is thematized around ideas of family and community as related to the current pandemic, with no background provided on the artists, the qualities, meaning, and significance of the selected art-works, or the historical and art-historical context in which they were created). The rest of the Institute’s video — or about three quarters of the programme! — consists of a seemingly endless stream of salutations, welcomes, formal messages, and introductions, most of them quite redundant, as well as the National Anthem, a lengthy prayer, and two of the sort of dreaded “cultural items” that feature on the programme of almost every public function in Jamaica (which were actually recordings from the 2018 Heritage Fest). There is even a vote of thanks, with a repeat of all the salutations and titles, and which itself takes up more than four minutes.

I will probably be told that this extraordinarily officious, formalized approach is part of the culture, and that as a foreigner I do not understand such things. Well, as a foreigner who has lived and worked here in Jamaica for 36 years, and who has witnessed up-close how organizations like the Institute of Jamaica have evolved during that time, I know that this preoccupation with empty formalities has gotten exponentially worse, even though it is alienating to many and often cited as a reason to avoid such events.

If it is part of the culture today, it is precisely because this way of framing functions is constantly reinforced and validated by public organizations such as the Institute of Jamaica, and not because it is inherently so. I am hardly the first one to lament how this has gotten out of control. Even Prime Minister Holness has publicly acknowledged, I believe about two years ago, that such tediousness is not appropriate for the 21st century and urged public institutions to simplify and shorten their functions. Clearly this request fell on deaf ears at the Institute of Jamaica.

It is one thing to have such formalities at an actual function, furthermore, but quite another to reproduce this format in a scripted and edited video programme format that is not even based on an actual live event. Is the Institute of Jamaica so un-reflexively immersed in its own organizational culture that it cannot see the utter absurdity of extending this problematic approach to its public functions to a virtual platform?

Why could there not have been a simple, factual and, above all, BRIEF introduction on the Institute of Jamaica, its divisions and affiliates, followed by lively, well-researched presentations that given new scholarly and critical insights on the treasures of its collections, many of which are rarely if ever seen by the public? Is that not what the Institute of Jamaica should be doing, in keeping with its mandate? Why do we instead have to see, and listen to, almost every single notable personality associated with the Institute of Jamaica, in a way that almost neurotically asserts, and repeatedly reasserts, their relative importance, rank and title? It simply boggles the mind.

What is it, really, that the Institute of Jamaica is exhibiting when it presents itself like that? Certainly not its fabled collections, most of which are languishing in store-rooms, waiting for the state-of-the-art new museum facilities that are frequently announced, at the political level, but yet to be seen. And, on that note, I also have to ask why the Institute of Jamaica museums are still closed to the public, while supermarkets and banks are open, of course with the necessary pandemic safety protocols in place but without major adverse health effects for visitors or staff? It all reflects a very poor sense of priorities on the Institute’s part.

Museum scholars and critics, such as Tony Bennett and Carol Duncan, have argued that museums, as conventionally conceived in the West and at their worst, are concerned with producing scripted and prescribed notions of citizenship. That they are ritualistically structured, disciplinary institutions in which audiences are unknowingly indoctrinated about their rightful place in the national and global hierarchies. That, under the guise of fostering national pride, museums are instruments of power, hegemonic tools that serve to propagate and reinforce the dominant social and political order. Museums’ foundational association with colonialism is, of course, a key part of this.

It would seem that such a hegemonic function is exactly what is at work in the Institute of Jamaica’s extraordinary preoccupation with archaic social rituals, at the expense, even, of the engagement with its actual collections, and its institutional mandate. And we have to ask why this seems to be getting worse, rather than better, at a time when the association between museums and hegemonic power is being vigorously questioned elsewhere and when virtual engagement provides new opportunities to dispense with outdated engagement conventions? Whose interests do the Institute of Jamaica’s endless formalities really serve and why are they so rigorously, almost religiously pursued? Might it be that prevailing social hierarchies are being rehearsed and reinforced, instead of questioned and dismantled, as should be a major preoccupation of contemporary postcolonial museums worth their salt? And is it not remarkable that all of this comes from an organization which routinely uses the rhetoric of decolonization?

Many questions arise but the Heritage Fest video drives home that it is high time for Jamaica, and the broader Caribbean, to engage more seriously and fundamentally with these questions and, even more so, to do something about them. It is high time to Decolonize This Place here in the Caribbean!

2 thoughts on “Provocations: Decolonize this Place!”