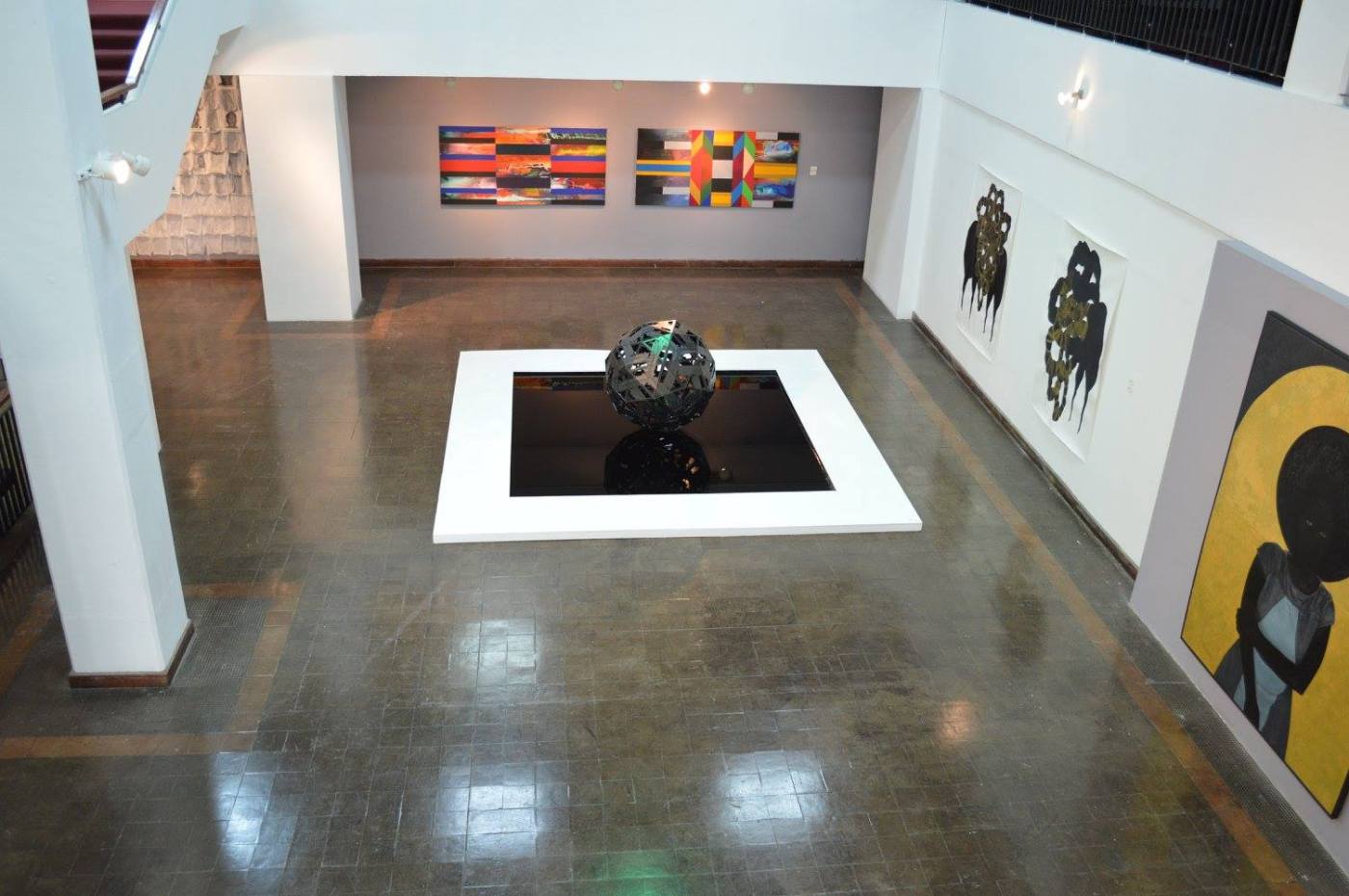 Some time in late 2018, the National Gallery of Jamaica decided to cancel the Jamaica Biennial, of which two editions had been held, in 2014 and 2017. The Jamaica Biennial was the re-conceptualized successor to the National Biennial and, before that, the Annual National Exhibitions. While still hamstrung by the expectations and entitlements that had been generated by its predecessors, the Jamaica Biennial was widely recognized as groundbreaking and poised for further developments that would be beneficial to the Jamaican and Caribbean art worlds. The exhibition was opened up to the Caribbean and Caribbean diaspora, it was shown at multiple locations in Kingston and Montego Bay, and it included special projects that invited a more in-depth look at some of the featured artists, instead of the customary one or two works.

The idea (and for the sake of disclosure, it was a project I directed) was that the Jamaica Biennial would become a fully curated exhibition, with a changing cast of guest curators, although I had hoped that there would still be a call for submissions, so that the inclusion of new artists would be encouraged. I strongly felt that the “invited for life” system that had existed since the 1980s was elitist and counterproductive to the inclusive development and exposure of Jamaican art, and needed to be abandoned. This was however resisted by the board, who were concerned about the fallout from prominent and well-connected artists, as there had been some such rumblings. Whether there should have been another exhibition to accommodate these “legacy artists” was a matter for discussion, although I was doubtful that this would reduce the pressure, as being included in the Biennial would no doubt still be regarded as an entitlement by many of these artists.

Already in 2018, I had expressed concern at the National Gallery of Jamaica’s failure to make any public statements on this reversal in its exhibition programme, when it came to my attention that only the “invited list” artists had been invited to a meeting to discuss the way forward, instead of having a public forum with the entire artistic community. In my view, this discussion, which was furthermore attended by only about ten artists, illustrates the extent to which the National Gallery continues to feel beholden to a particular cohort of “inner circle” artists, and a particular social cohort, as it is widely recognized that the invited artist list is uncomfortably aligned with Jamaica’s class and power hierarchies.

In this closed forum, it was reportedly announced that the Jamaica Biennial would be replaced with two “new” exhibitions, the Summer Exhibition, which would essentially be a return to the old National Biennial and Annual National model, and to which the old invited list would be transferred. It was also announced that there would be a guest-curated Kingston Biennial in the alternating years, although very little information on the form this would take was shared at that time. I understand, however, that a number of invited artists took for granted that they would also be included in this biennial.

The inaugural, Royal Academy style Summer Exhibition was held in mid 2019 and combined juried and invited artists, although the presence of the latter was downplayed in the accompanying catalogue. While there were a few good works in it, the overall picture presented by this Summer Exhibition was, at least to me, a very bleak one and it appeared that the National Gallery had sunk to a parochial level of quality that arguably did more damage than good to the development of Jamaican art. And, other than some vague references to the upcoming Kingston Biennial in the catalogue foreword and opening speeches, the public was still left in the dark about what form that particular exhibition would take.

Amazingly, nearly one full year later, there have still not been any further public statements from the National Gallery about the Kingston Biennial, which is presumably planned for November-December of this year, or pretty soon. While the Covid-19 crisis may have resulted in inevitable delays and perhaps a postponement, the lack of public communication on an exhibition which is much-anticipated and a source of anxiety to many in the art world, can only be described as troubling. Tellingly, I have been approached with queries from several artists who wondered if they could submit work and who, mistakenly, thought that I was still in the loop about such matters. I also know that several “invited list” artists did not participate in last year’s Summer Exhibition as they expected to be in the more prestigious Biennial. It will be interesting to see how that works out, if it turns out that they are not in actuality included – another reason why more astute and timely public communication is necessary.

The irony in all of this is that much of what will actually happen with the Kingston Biennial has been an open secret in the inner circles of the art world since late last year, when the selected guest curator was openly discussed by “those in the know” who attended the Art Basel Miami Beach/Miami Art Week events. I will not reveal the name of the guest curator – a well-known Jamaican academic who has done curatorial work – or the other members of his team – a younger Jamaican curator and a Jamaican museum professional, as this ought to be done by the National Gallery. Suffice to say, all three are widely respected professionals with an international profile and to note that al three are Jamaican.

It is indeed a strong team that could produce a very interesting exhibition and that is something I applaud, although I do hope that they will be able to work with the independence and support such a project requires to be successful. What is totally unacceptable, however, is the National Gallery’s protracted silence on this subject. By now, the composition of the guest-curatorial team and the selection method for the exhibition should not be a matter of rumour, based on “who knows who” connections, but of formally announced public knowledge. And, from what I gather from various sources, it should be in fact already be possible to announce the exhibition theme, which is rather generic but appropriate to the present situation, as well as a list of confirmed artists, as is commonly done for forthcoming biennial exhibitions.

Those who read this blog regularly, know that I have repeatedly criticized the National Gallery of Jamaica (NGJ) for its handling of its recent exhibitions. Much of this has pertained to what I see as a decline in the quality of its curatorial programmes. I have also been concerned about the inappropriate involvement of the Board in curatorial affairs, and the poor and tardy public communications, as public cultural institutions ought to be more transparent in their operations. And it appears, if the Kingston Biennial saga is anything to go by, that the latter is getting worse rather than better. I have to ask what it is that has caused this retreat into silence, generally and in this instance.

There are certain things I am disappointed about, with regards to what I have heard about the Kingston Biennial. It appears that there will only be Jamaica-based and Jamaica Diaspora artists in the Kingston Biennial and also that the exhibition will be held in Kingston only, both of which are in my view retrograde steps. Considering that the curatorial team is also exclusively Jamaican, the Kingston Biennial has thus reverted to being a national exhibition, instead of the Caribbean exhibition that had been envisioned earlier. Participation is at the invitation of the curators, I gather, and there has been no public call for submissions, which makes it unlikely that the exhibition will include many new and unknown artists. I also know that at least two prominent artists have declined to participate over concerns about the politics that have overtaken the institution — public debate on those issues is also well overdue. But otherwise, I can see that the Kingston Biennial could be a move in the right direction for the National Gallery to recover from its recent slump and that is hope-giving for the future of the organization.

It must however be possible for the National Gallery to make a public statement at this time, including whether there will be any postponements or other changes in plans, given the current situation. The artistic community has every right to know, and so does the general public. I use this medium to call publicly for this to be done the soonest.

One thought on “Provocations: What about the Kingston Biennial?”