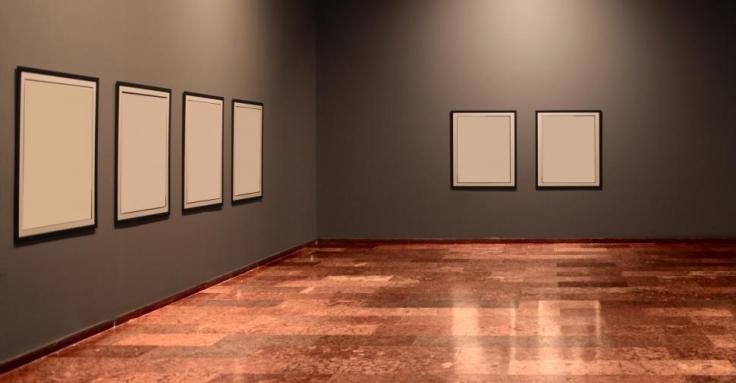 Here is another excerpt from my doctoral dissertation, “Between Nation and Market: Art and Society in Twentieth Century Jamaica” (Emory, 2011), which is taken from a section which explores how artists in Jamaica have marketed their work – (C) Veerle Poupeye, all rights reserved.

The post is not illustrated, as I was unable to get permissions from the Spencer estate in a timely manner at the time of submitting my dissertation and am not able to pursue this solely for the purpose of this impromptu post. Reproductions of Ken Spencer’s work are however widely available online and I encourage readers to search and peruse these.

[There are a number of] Jamaican artists who have devised effective individual marketing strategies and acquired significant wealth in the process. Barrington Watson, as we have seen, has controlled the promotion and pricing of his work by operating his own galleries. His friend and contemporary Ken [Abendana] Spencer (1929-2005), who peddled his works to locals, expatriates and tourists, was a more extreme example.[1]

Spencer started out selling his sketches on a street corner in Downtown Kingston. He joined Barrington Watson in London in 1952 but did not study art there, as Watson had hoped. Instead he started selling his works directly to Jamaican professionals who were hungry for reminders of home. (Greenland 2006) On returning to Jamaica, he continued this direct marketing strategy and Watson remembered that “he would go around the island in a car, and sell his work in Montego Bay and Negril. He would put a bunch of works into a car and his idea was to come back with none” (Ibid.). He personally visited potential buyers, many of them first-time art buyers, and often left the hesitant with a stack of paintings to ponder, to come back a few days later to an almost guaranteed sale (Moo Young 2006). His paintings can be seen in many hotel and bank lobbies, the offices of doctors, dentists and other professionals, and middle class homes.

Most of Spencer’s works represent “traditional” Jamaican subject matter, such as market women and mento musicians – reassuring images of “Old Time Jamaica,” as one contributor to his obituary put it (Greenland 2006). They are painted in a recognizable, confident gestural style: typically, the image is invoked by just a few broad brush or palette knife strokes and set against a monochrome background, often the white gesso undercoating of the canvas. [His large, prominently placed and curvilinear signature served as his trademark.] Spencer’s sketchy semi-abstract style – which in itself challenges the assumption that Jamaican audiences do not respond to abstraction – also reflected his goal to produce and sell as many works as possible. He reputedly worked on several canvases simultaneously, which were lined up so that he would not have to clean off his brushes to change colors, and thus saved time and paints. (Moo Young 2006) He also once told David Boxer that a painting was not economical if it took more than 30 minutes to complete – the sort of stories that horrified “knowing” art lovers in Jamaica.[2]

Spencer’s expansive, jovial personality played a crucial role in his sales and he cultivated his image as a notorious eccentric. He lived in Portland in a self-designed, six-storied castle and willingly entertained local and tourist visitors there, although it was implied that works would be bought. Spencer also frequented the New Kingston hotel bars in search of sales. The art dealer and framer Herman van Asbroeck tells a story that illustrates Spencer’s ingenious “traveling salesman” tactics:

A year ago a man came into the shop and put a Ken Spencer on the desk. He wanted to have it framed. I asked him: ‘You bought a Ken Spencer?’ And he replied: ‘No, I won it!’ Apparently, he had come to Kingston for a builder’s conference and a group of them had gone out for a drink. They ended up in the Hilton at 2:00 a.m. Suddenly a gentleman approached their table and asked if they wanted to play a game. He told them he had a number in his pocket and then he marked out cards 1 to 5. Everyone took a number and the customer in my shop was the winner. Then Ken Spencer introduced himself. By the end of the night, all the people at the table had bought paintings! (Greenland 2006)

These anecdotes, also, marked Spencer as one who was not a “serious” artist.

While he occasionally produced more ambitious works, Spencer was not an artist who strove to produce “masterpieces” but one who deliberately produced generic paintings that were recognizably “a Ken Spencer.” [He] did not significantly pressure local cultural institutions for public recognition and never had an exhibition in a gallery.[3] When asked why, he claimed that he did not need such exposure because all of Jamaica was his gallery (Moo Young 2006). His sense of achievement thus came from the prevalence of his work in the Jamaican environment. Others, however, took up his cause and already during his lifetime there were heated arguments within the art community about Spencer’s artistic merits and the NGJ’s neglect of his work was cited as evidence of the elitism of the Jamaican art establishment.

Spencer was an undeniably gifted painter and the local popularity of his work is a cultural phenomenon that warrants its own recognition. The recent attempts at inserting him into the national canons, however, obscure that had he handled his work differently, he could certainly have been a recognized member of the post-Independence mainstream. Spencer was unapologetic about being primarily motivated by economic gain and opted to disregard the processes by which artistic worth is conventionally determined. He thus represents an instructive counterpart to those contemporary artists who resist the forces of the market and, despite the fact that he had far less to say, succeeded where they have failed by reaching deep into Jamaican society. Spencer’s choices also separate him from Barrington Watson, who used more conventional art sales methods and always asserted the “high art” status of his work. While Watson’s exact position in the local art hierarchies has been contentious, his inclusion in the national canons is quite secure, unlike Spencer whose chances at consecration as a “Jamaican master” will always be tenuous, because he broke the codes of “high art” in his pursuit of commercial success.

[1] He was commonly known as Ken Abendana Spencer during his lifetime but the lawyers responsible for his estate insist that his legal name was “Kenneth Abondarno Spencer” (Forth Blake 2006).

[3] The NGJ owns three Spencers but none are on permanent display. One of these works was transferred from the IoJ collection in 1974 and the other two were part of a major donation by the then Chairman of the NGJ Aaron Matalon in 1999, which sought to address lacunas in the NGJ’s collection. While there may have been other expressions of discontent on Spencer’s part, I know of only one incident, a year or two before he died, when he complained to the NGJ Registrar about not being adequately represented in the NGJ’s collection (personal communication, Roxanne Silent, Registrar, NGJ, March 12, 2008).